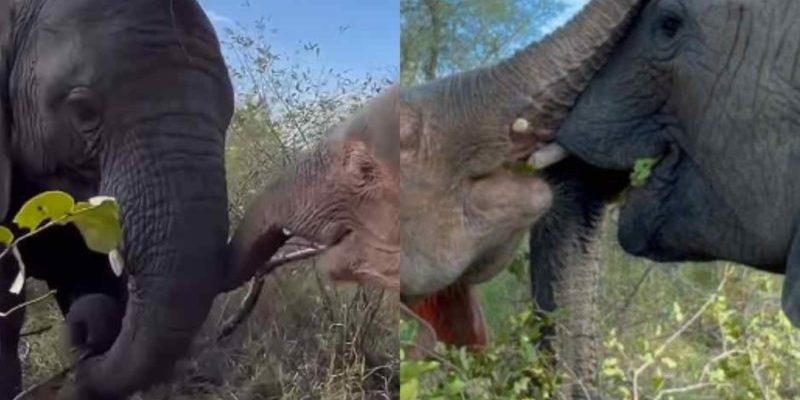 Khanyisa, a charming Albino elephant, was protected by Adine Roode. She was the organizer behind the elephant asylum and halfway house named HERD. 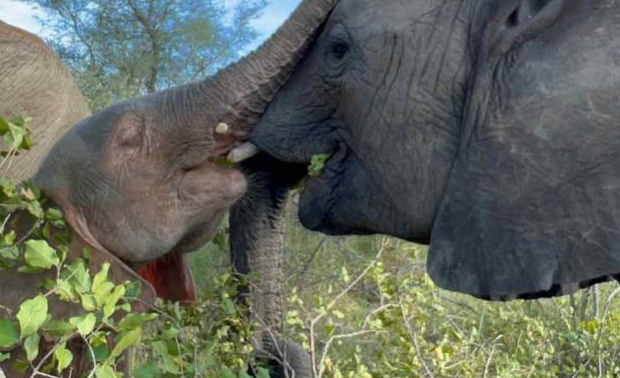 The little one was acquainted with the Jabulani elephant group, who took the little one in as their own. The child elephant was growing up under the consideration of the asylum group and the crowd seniors in South Africa.

As of late, Khanyisa was tracked down rummaging in the wild with her crowd individuals. She was keen on playing with her companion Timisa. Nonetheless, Timisa was keen on finding and pulling roots that she could eat.

Obviously, being a wicked child elephant herself, Khanyisa was likewise enthusiastic about taking a couple of roots from Timisa.

So Khanyisa’s allomother, Kumbura, remained close to the two most youthful elephants in the crowd with the goal that she could direct them.

Adine and Tigere (guardian) helped feed the calf as Kumbura stood near investigate them. It was truly an errand to break the roots from the beginning. Eating leaves and grass was a lot simpler occupation for youthful trunks.

The child elephant required a ton of training to get the tree pulls out for herself. Typically, elephants depend on these food sources during dry winters.

Kumbura was a committed babysitter to Timisa and took great consideration of Khanyisa. Tigere offered Khanyisa a newly broken branch. Adine maintained that Khanyisa should figure out how to break the roots.

To begin with, notwithstanding, the child elephant strolled in nearer, attempting to smell the injury that Adine had on her leg from a new cycling fall. 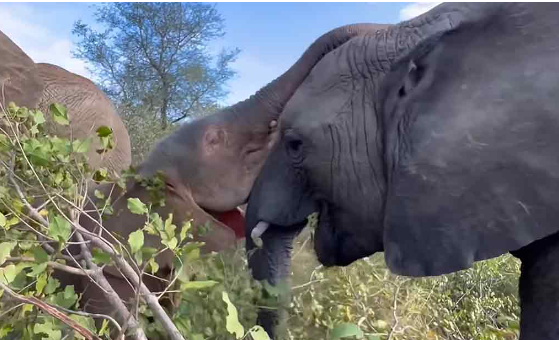 Adine addressed the little one and told her that she would go to have delightful tusks one day when she developed more noticeable. From that point forward, the defensive Kumbura watched out for Khanyisa.

She followed her continually to guarantee the calf was protected. Kumbura was herself protected and restored in the crowd. Thus, she gave that equivalent consideration and backing to different vagrants.

Khanyisa kept eating branches and leaves. Be that as it may, she didn’t pass up on an opportunity to rehearse while taking out roots. Khanyisa wanted to flaunt her solidarity and abilities.