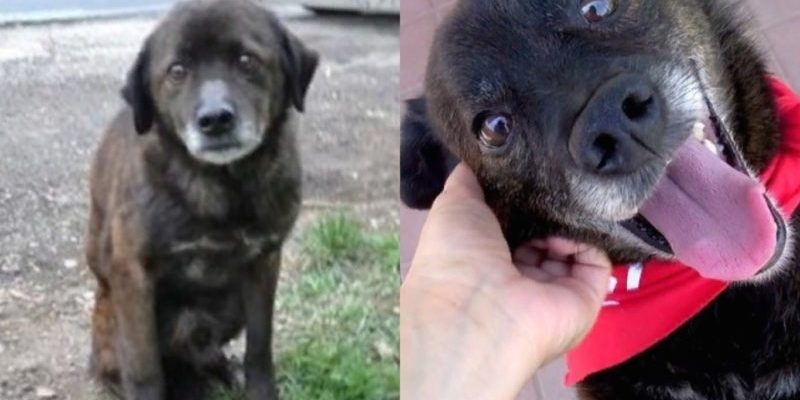 Once you see someone in need always try to reach out and help you don’t know what will come next. The woman of story was driving alondg the street when noticed an unusual creature on the side of the road. 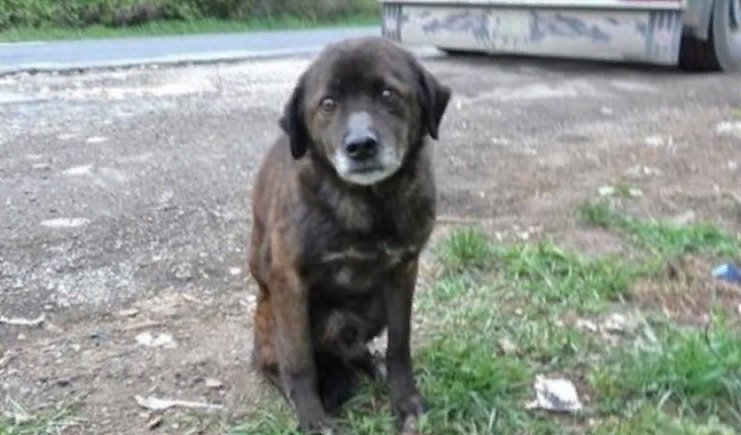 She was fearing that someone dumped a pup there and her fears were confirmed.

She went closer and discovered this dog that was old and there were several fleas and ticks on his back so the woman already understood that poor creature had been out there for many days now. 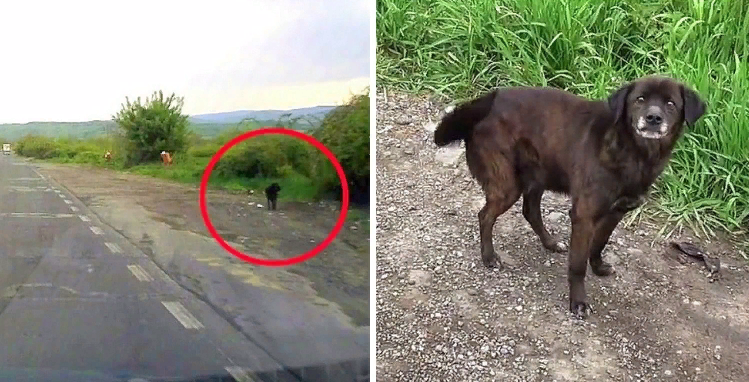 The first thing that the woman wanted was to win the dog’s trust so she can help him. Cause she didn’t want him to panic and run towards the speeding cars.

She gave him some treats and the pup was glad to find something edible, Then the lady noticed that the teeth on his lower jaw were completely torn. 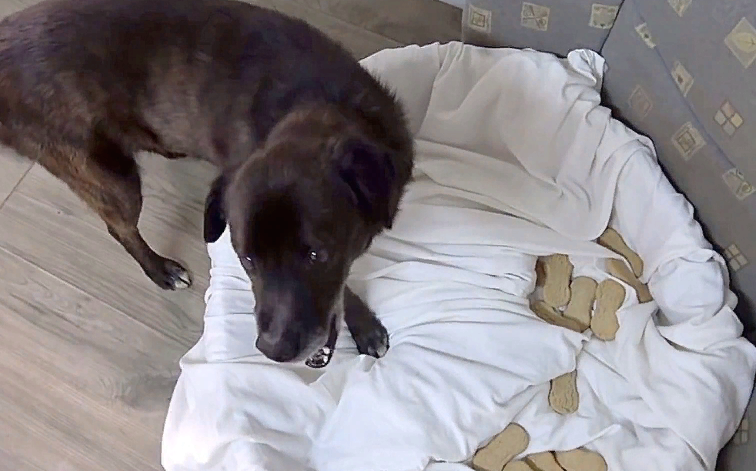 Poor soul was scared and extremely tired but the woman eventually succeeded in persuading him to follow her to the car. When the pup was safe in the car a heavy thunderstorm started so the pup now was even more grateful.

As for the woman the pup was lost in the jungle she decided to give the name Mowgli. The woman took him to the animal shelter.

At first he was scared and did not want to go in, but then after looking into his surroundings for a long time he was convinced that this was the right place for him to go. 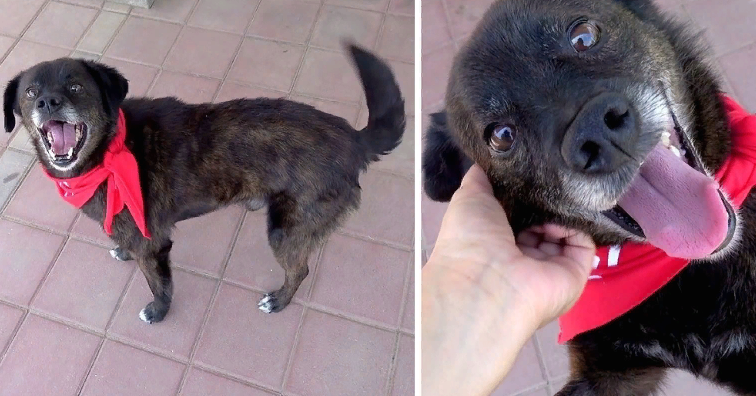 Mowgli was so so excited to have his own soft bed that fell asleep almost instantly after his head touched the ground. His tiredness and inhibitions were gone in a few days and he began engaging with the workers.

He had an interesting habit that came with him after living in such a difficult situations. He never ate his treats fully, instead he saved them for a rainy day. It was his comforting habit.

The best is that now Mowgli has nothing to worry about providing himself. He has been adopted by a german family and lives his best life ever.

He adores the garden that hehas and also loves going for walks with his mom and dad. He is sure now that no one would dare to steal his happiness from him now.