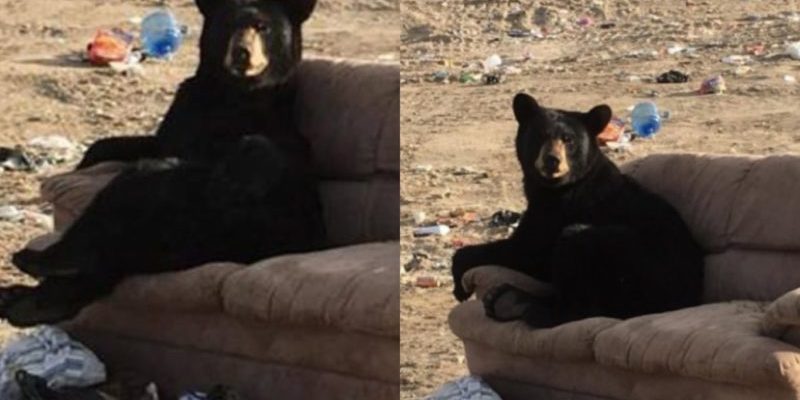 Sometimes we think that animals do not know as much as people do, today’s story came to prove you wrong. This story became known thanks to Mandy Stantic. 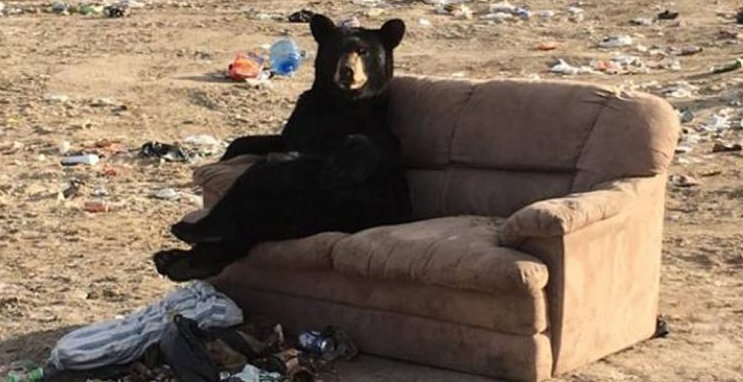 She visited a garbage dump in Northern Manitoba where she saw a thing that made her go grad her camera right away.

One bear was just chilling on the discarded sofa, just like humans do. They all were at a fairly normal sight at the dump, while this one was acting as a tired dad on a Sunday night. 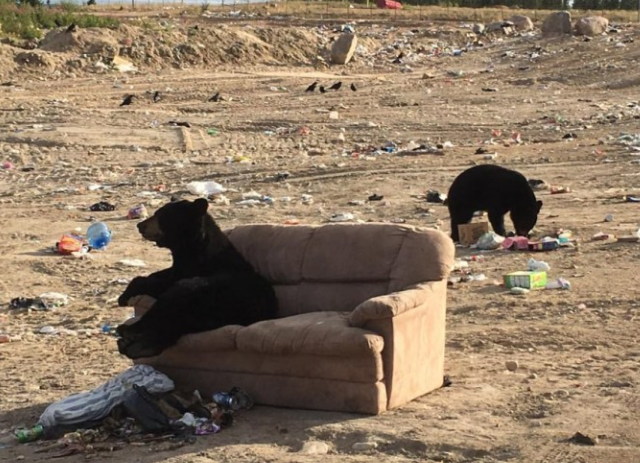 He was relaxing in a very human like position. His one leg crossed over the other and he was resting his one arm on the armrest.

It then became known that there was even a TV in front him. 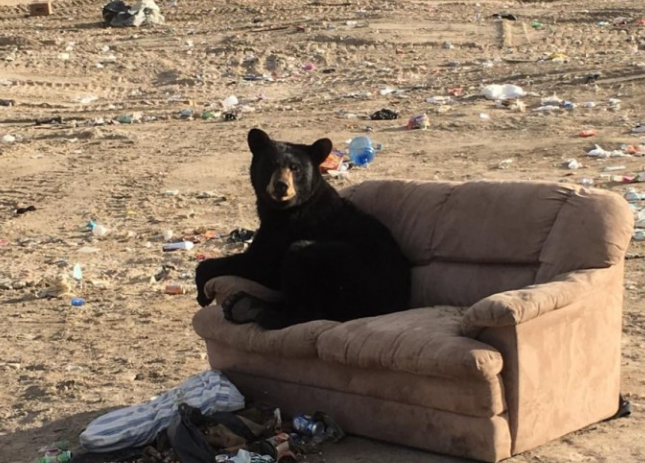 The bear was surely getting ready for a tv-series. Stantik thinks he may be relaxing after a big meal and actually we can all relate to that.

The only thing missing was a remote control or a wine on his other hand. We also love winking in the soft sofa after a good meal. Perhaps we are not as different from bears as we think.