The kind couple rescued the little sloth, who got stuck between two stones and was crying loudly… 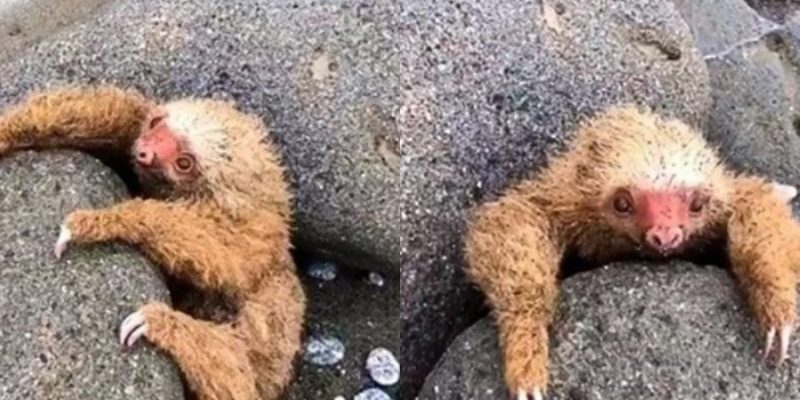 One day, the couple was walking along the coast of Colombia, when suddenly they heard a strange sound.

It was more like crying. It turned out that a small sloth was stuck between two stones and could not move. 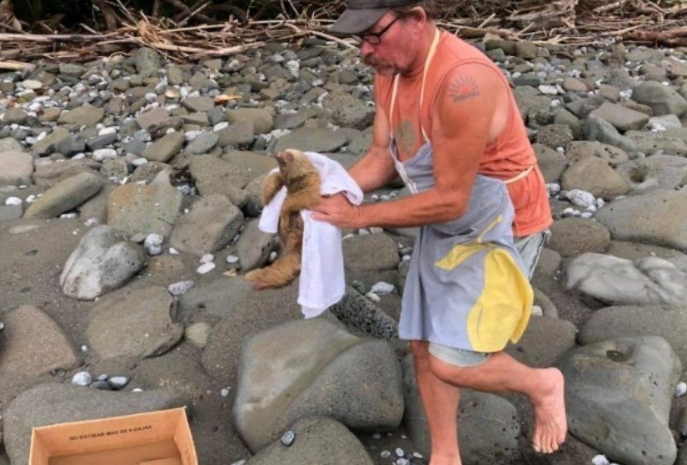 He needed urgent help, but he was lucky that people nearby heard his cry and came to help him, otherwise he might have died.

The thing is that there was a storm the night before, because of which the baby was in such a condition.

When the couple approached to help the baby and take it out, they realized that the animal was covered with salt water and had sand in its eyes. 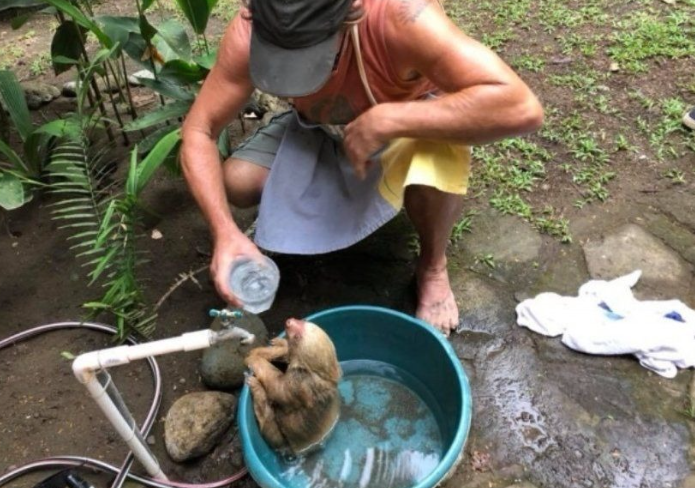 The frightened animal, however, began to scream louder when people approached him, so they did not rush to take him out. .

They decided to look around, thinking that maybe his mother was nearby.

However, when they were sure there was no other sloth there, they picked up the baby and put it in a box and went home.

Ronald wrapped him in a soft towel, after which Rosalia carefully washed the baby’s eyes. 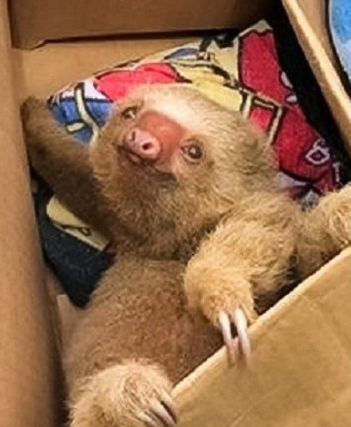 The couple didn’t know what sloths eat, so they started looking for a place where they could take care of the little one.

Fortunately, there was an animal rescue shelter not far from their house, so they took the baby there, telling the volunteers the story of his rescue.