Wonderful kitten with 2 colored face becomes a daddy to kittens, one for each side of his face 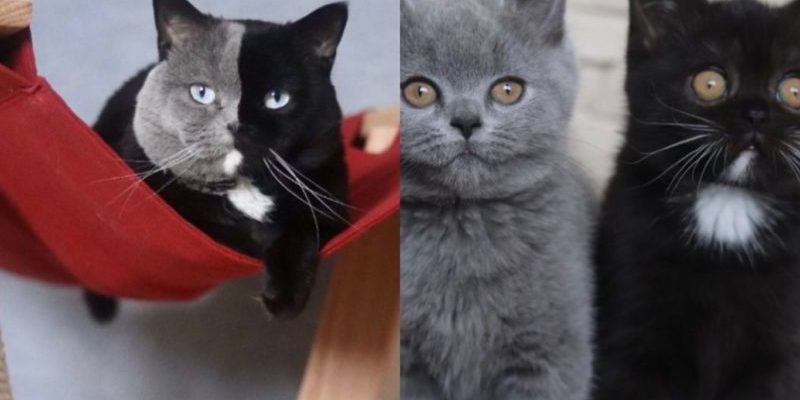 Meet Narnia a very special two faced kitties. He has blue eyes and a face that is equally split into gray and black colors. He could win over the whole internet with his split face and people fell immediately in love with him. 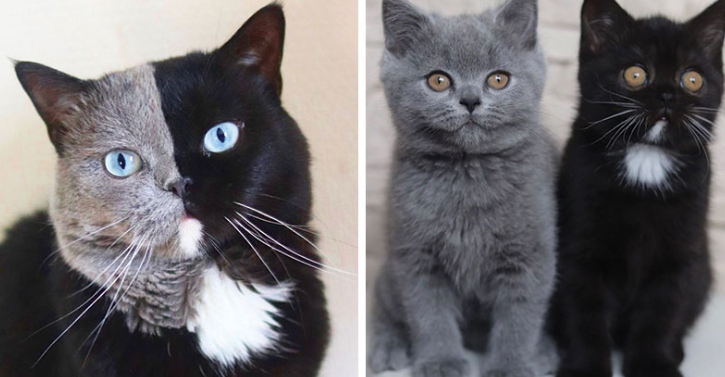 His owner Stephanie said that he was born in Paris and now lives in Britain. From the very first day of his birth everybody knew that he was a very unique cat. All believed that he was exceptional.

Nowadays he is one of the most famous cats of the internet. And lately became a father of two little kitties that got the best looking furs from their father. This is a fascinating thing. 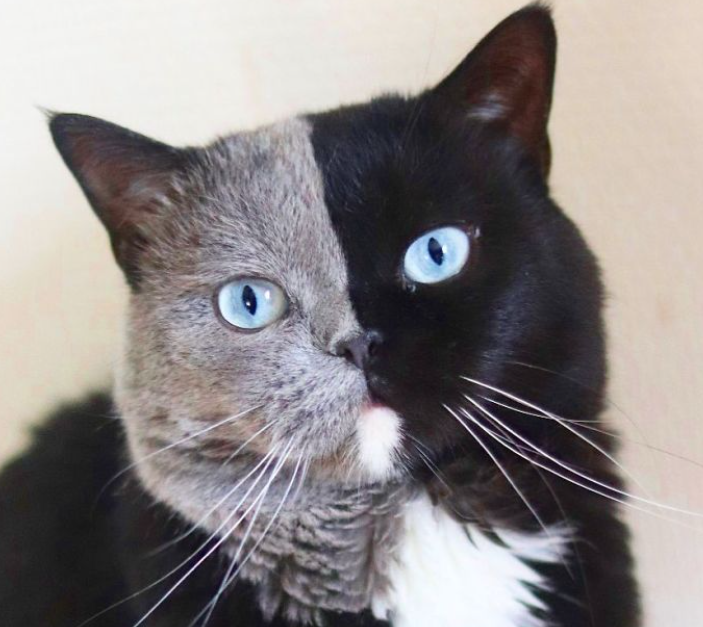 They are not Narnia’s first babies and all of them had very unique color of furr. And there was a happy news that Phoenix and Prada are soon to be adopted by their new families.

And for this month Narnia is waiting for her new kitties to come to this world. In the past Narnia was thought to be a rare chimera cat because the type of a furr is usually down to a genetic anomaly. 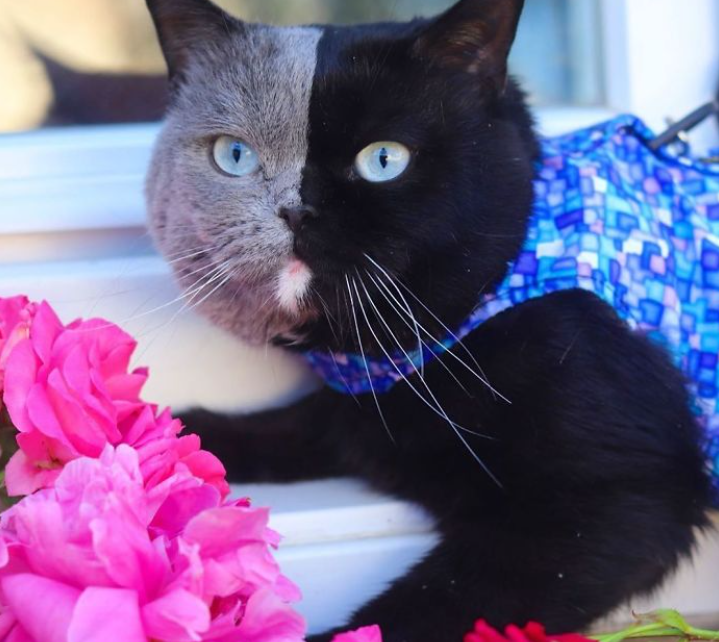 But Stephanie mentioned that after having some tests it became clear that this was not that case. And this is till now a mystery for the scientists.

We hope you liked the story of this unique cat so comment on it.