When the homeless man was taken to the hospital, it turned out that all 4 of his friends ran after the ambulance all the way. 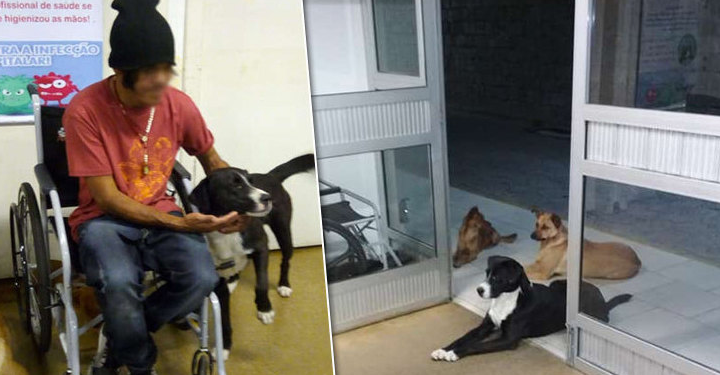 Cesar, who is homeless,once felt sick and passers-by called for emergency help.While the doctors were examining him, one of the doctors suddenly noticed that he was not alone.

Four dogs were standing at the door of the hospital and as it turned out, they were waiting for their friend.

They were very impatient and anxiously followed the actions of the doctors all the tim. Thy were cared for, clean and fed and it was obvious that they were being looked after. 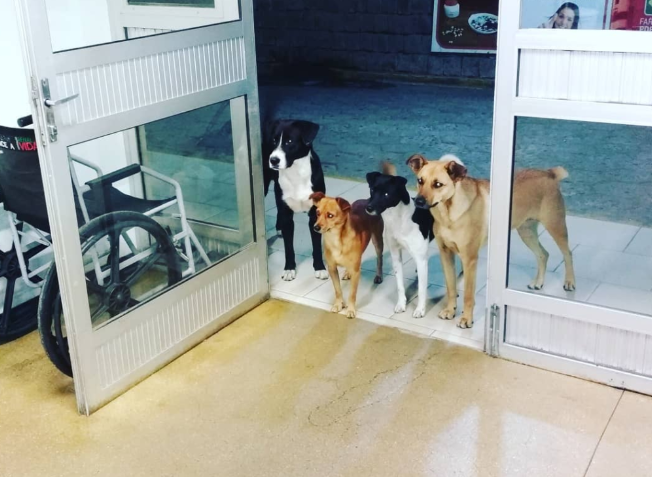 At first, the doctor did not understand where they came from, but later it turned out that they ran after the ambulance all the way and reached the hospital. They were obviously very worried about their friend Cesar.

Cesar himself confirmed that they are his friends and he always feeds them as much as he can.

He even sometimes eats very little, but never leaves his friends hungry. They became a family that help and took care of each other in difficult times. 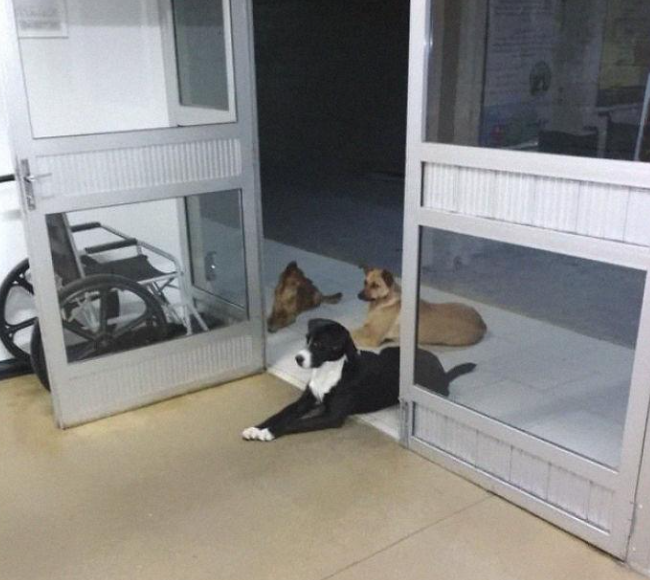 The man also told that he was offered housing assistance several times, but he had to refuse because they didn’t allow dogs in the hostels, and he couldn’t leave the ones he loves the most in this world.

When the man got up to go out, thedogs rushed to him to greet their friend. Everyone was so moved by that scene. This is what real friendship looks like.