When the cockatoo started meowing like cats, it seemed like he was doing it more naturally than the cats themselves 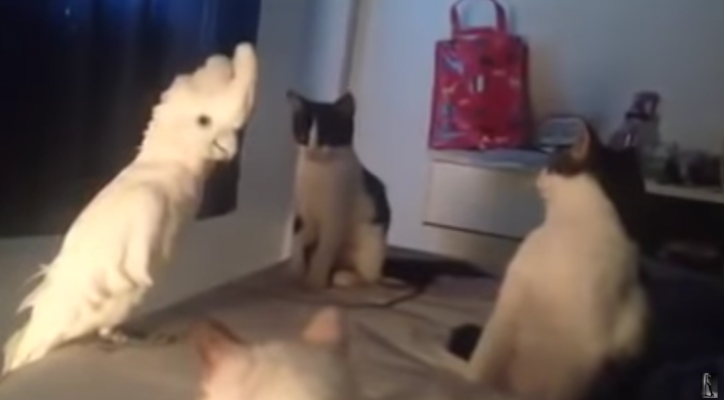 I think the ability of parrots to speak is not a secret for you, but it turns out that in addition to human language, these birds can also master the “languages” of animals.

This cockatoo has lived in a house with lots of cats for almost all of his life.

And guess what that led to? At first he listened carefully to them and soon learned to meow like them. 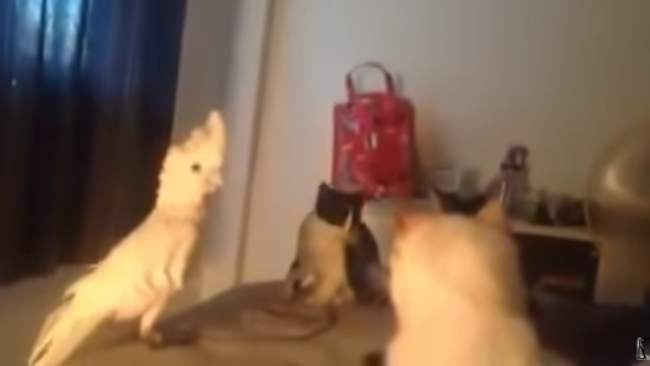 But that was not all, because he started purring like a cat even slowly.

Since he was already well versed in the ‘language’ of cats, the moment came when he decided to show his skills to the cats and see their surprised faces.

Judging by their first reaction, they were of course shocked when they heard how the parrot meows like them and then hisses. 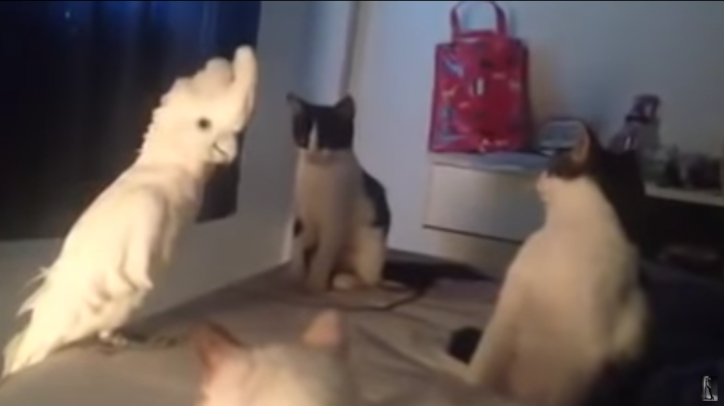 The owner of the bird, being a witness to all that, immediately recorded it all on video and posted it on the Internet.

Even cats don’t meow as naturally as this cockatoo. It immediately went viral on the Internet, receiving many many comments.

The bird not only adopted their “language”, but also their behavior. Just watch.