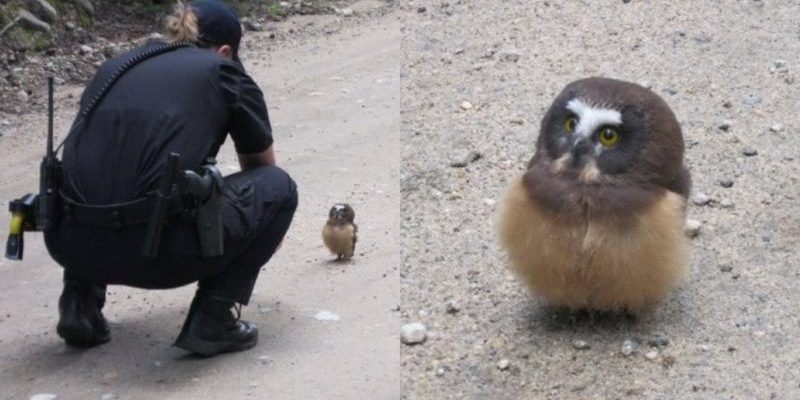 At some point, two police representatives from Boulder, Colorado, were driving along a country road when they saw a small creature on the road.

As they approached, they saw that it was a sweet Northern saw owl. 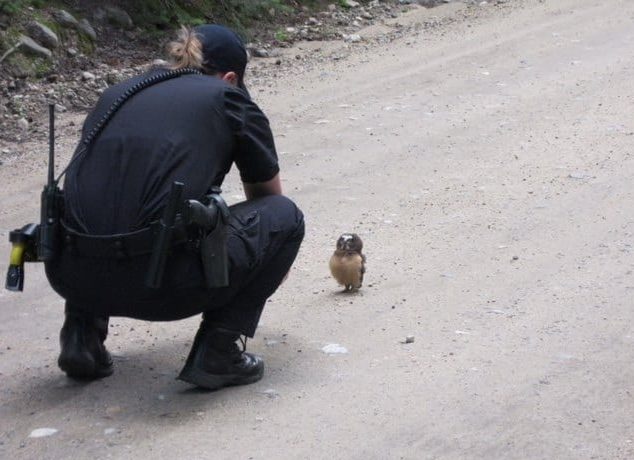 Actually, the owl got lost and, in danger, remained on the street, so the representatives got out and tried help.As one of the officers approached the owl and said, “Hi, what’s going on?”

The little owl seemed to respond to the representative by chatting with him, he began to twist his head, causing the agent to start laughing.

Then, once again, he said “hello,” and this time. the owl’s eye opened wide, as if listening with enthusiasm. 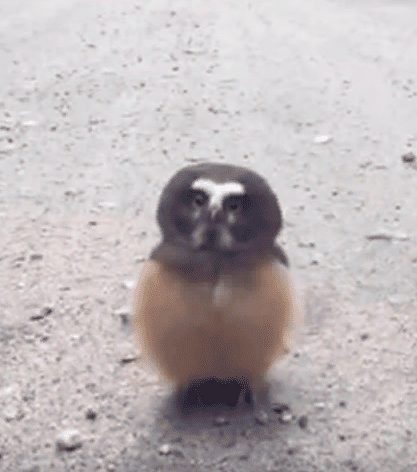 Now, the representative stopped shooting, and the two of them tried to get the owl out of the street, and they supervised him almost without problems, the owl left.

Here is a video of the owl very closely: The police division delivered this idea: “A small owl with a cat’s face, a larger head than usual and radiant yellow eyes, the Northern White Owl is essentially overflowing with mentality.

He has extremely complex hearing due to uneven ears in the upward direction and another state of ear openings,” they wrote.

“These owls predominantly chase at dusk and at first light, and most often use the “sit and pause” strategy to drop and chase the ground from low hunting posts.

Maybe this little man is trying to set a trap.”

What an intriguing experience!