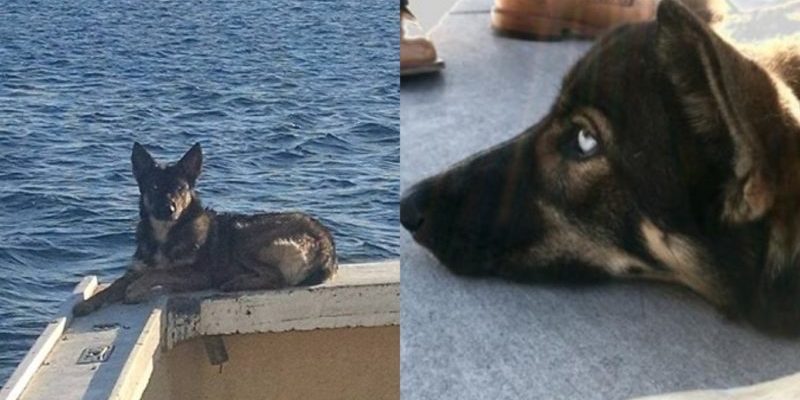 This pup fell of the boat into the ocean. And was reported lost off the coast of San Diego. Everybody believed that the canine drowned in the ocean.

The pup’s name was Luna. She was with her owner Nick on the boat when she went missing. After days of searches both in the waters and in the island the dog has eventually been presumed gone.

Despites the facts, Nick insisted that Luna has made it to the shore, as she was such a good swimmer. They were busy pulling the lobster traps in, one minute later they noticed that Luna was gone.

The team searched everywhere for her but sadly, it was impossible to see her as the water was dark and she was black as well.

Luckily she was found after a month on San Clemente island. SHe was spotted there as the island does not allow domestic animals there for enviromental reasons. The team members came and took Luna.

So good that she was found. The doggies is believed to have swum ashore and survived by eating mice. The vets examined her and said that she was perfectly healthy other than being a little undernourished.