Poor baby fell asleep on curb watching over mommy, didn’t want to move even when hunger set in 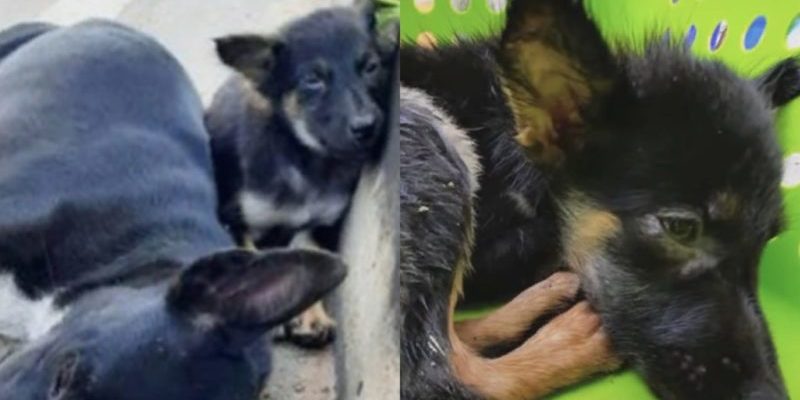 Street animals struggle daily in order to find food for them and their babies to survive. Sometimes it can even cost them life as it happened in the case of today’s story. 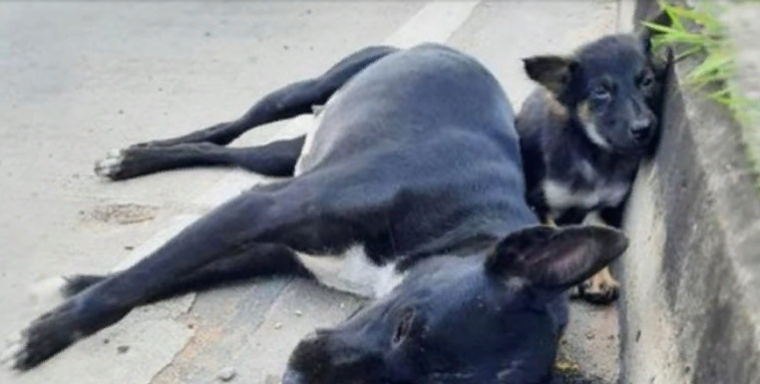 The mother dog was trying to cross the busy highway but got hit by the car tragically. She died immediately after, but her poor scared baby stayed there by her side hoping that momma would wake up.

Fortunately a kind woman stopped her car to help and she understanding the situation called the rescue center in tears to come and help. 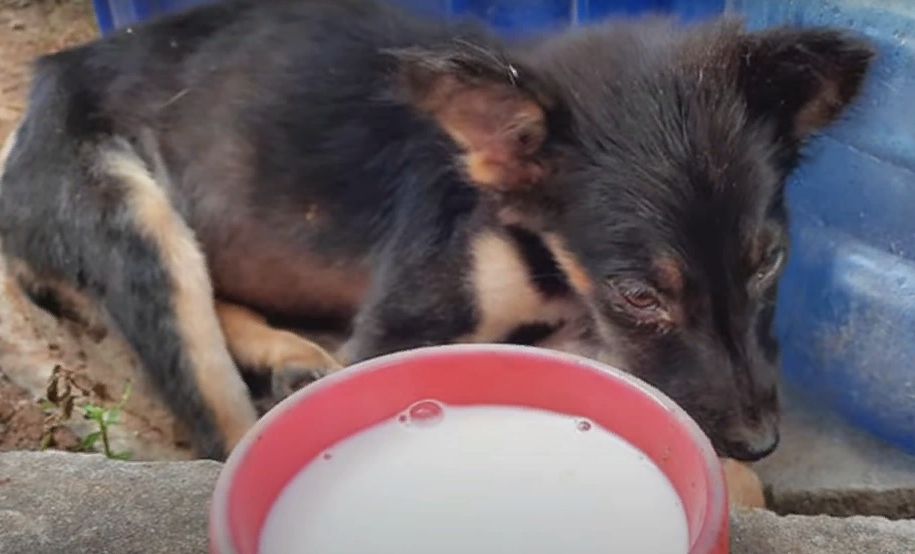 As they arrived they saw that the poor baby was heartbroken and he didn’t want to leave his mother’s side. However the rescuers insisted.

So they took the both. They tried to give some formuka to the puppy but he refused, he did not want anything. He continued crying in the corner of the cage. All he wanted was his mother to come back. 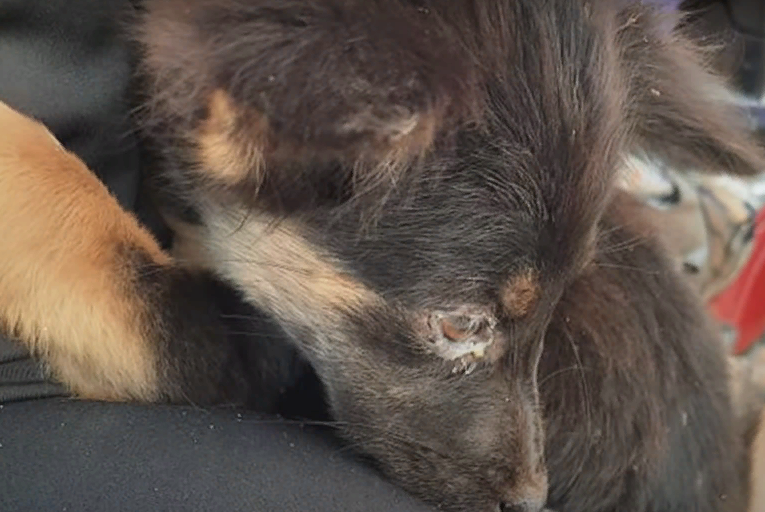 The rescuers made a proper burial for the mama and they said some kind words. They vowed to care for her baby.

They little was brought to the vet’s office and it appeared that he was very weak because of lack of water and food. The staff tried everything but the baby refused to eat. 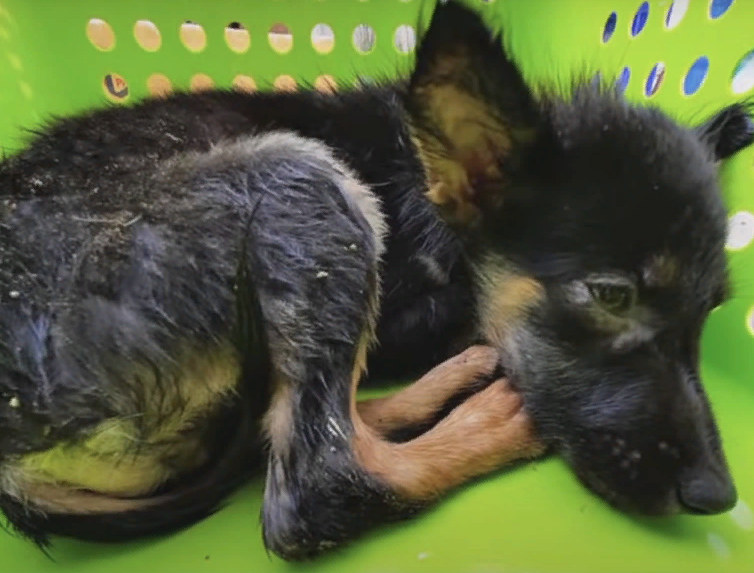 The vets do their best as they have to give the baby the nutrition he needs otherwise he won’t make it. So they gave him a corner to relax as much as he needs.

The baby is now making steady but very slow progress. He is still scared and misses his mama. Hope that he will get better soon, and will find a loving family.