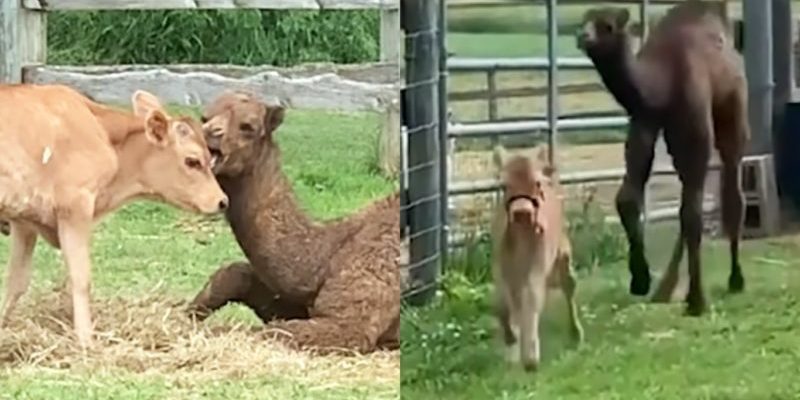 At Speranza animal rescue center there are lots of different animals. And when Sir Camelot, the camel, joined their team, nobody was afraid that he would have any difficulties making friends. However all animals were afraid of him.

Poor Camelot would stand in the middle of the fiel and cry. He yelled to make everybody understand that he felt devastated and broken. Surprisingly even the farm’s dog was barking at him.

So that’s when the team decided to find him someone. And here came Benjamin, the cow that is 2 weeks younger than Camelot. 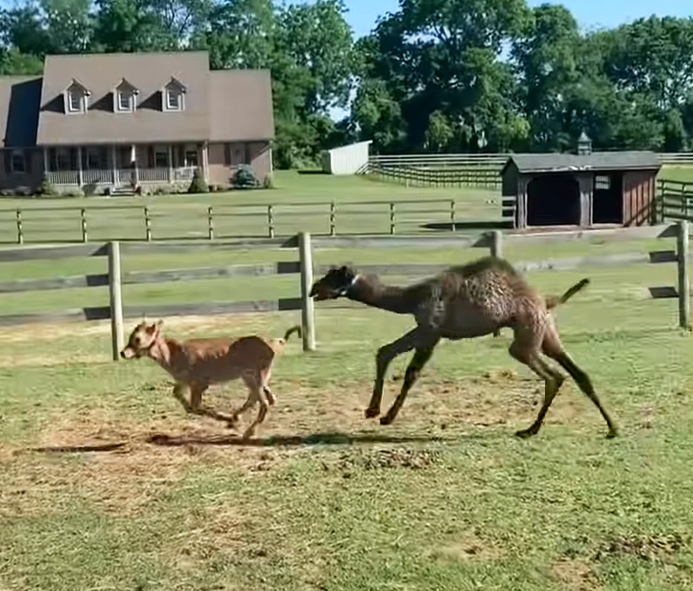 At first they were regarded to each other from a far. Then the saviors put them in the same cage with only a gate between them. After some time they were following each other every morning.

They chase each other, and touch noses it feels like some kind of a game. They do everything to get each other’s attetion. Camelot is a perfect older brother, the only problem that they have is him not loving the sahring thing. 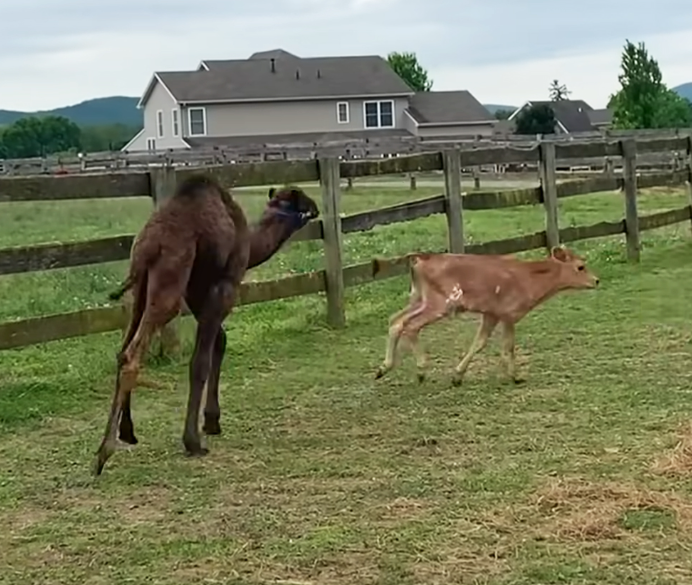 It something belong sto him, he would never share it with anybody. And if Ben takes any of his stuff he may become very angry.

So wonderful that they befriended in such a great manner. They enjoy each others company very much and love being around.