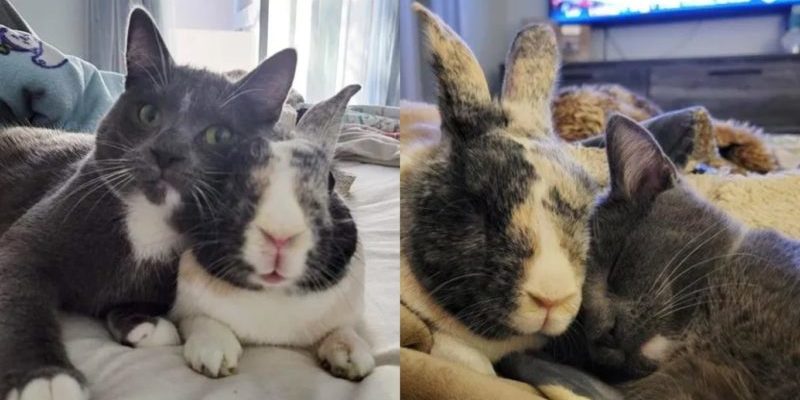 Today we are going to tell you an amazing friendship story of this cute kitten and bunny. Ahsoka came to this family when she was just 12 weeks old. She quickly established herself very comfortably and felt at ease. 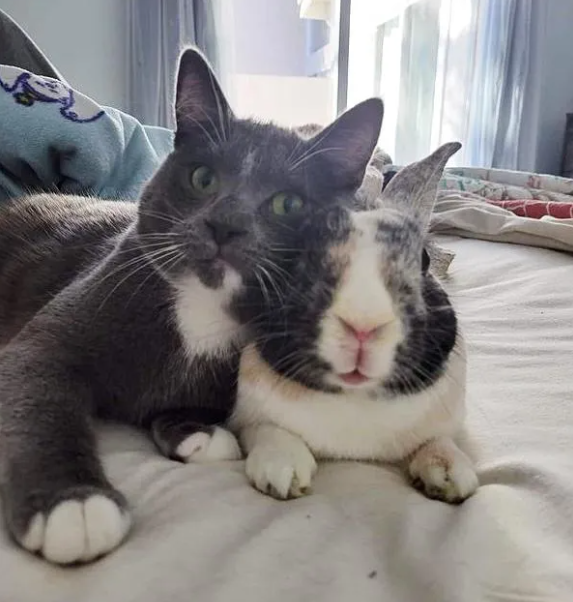 She became the cuddle-bug in the family. After some time she and Echo, the bunny, became best friends and enjoyed each others company very much.

For Ahsoke it was love at first sight. They adore just playing together. She comes to Echo and looks at him very attentively waiting for the moment until he invites her for the play. 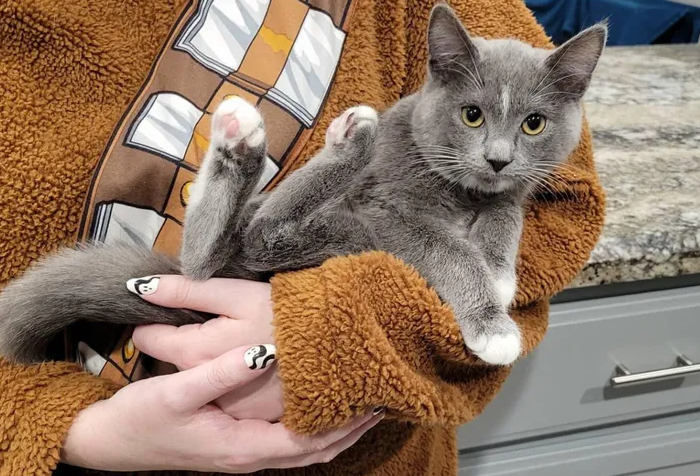 Even despite the fact that there are other cats at the house they prefer playing with each other. At that time Echo is being overprotective friend. He took Ahsoka under his wing.

Echo liked her from the very start, he even lets her sleep in his cage and they end up snuggling there. Ahsoka suddenly lost her sibling and was feeling down. At that period of time she was only with Echo to feel comfy. They bonded at that time even more. They are now best friends and there is pure love between them.
They sometimes even wrap arms around one another when they nap.

Their owners think that maybe Echo is a role model of dad for Ahsoka. They sleep togetehr, share food and enjoy each other’s company so much. They are really great. 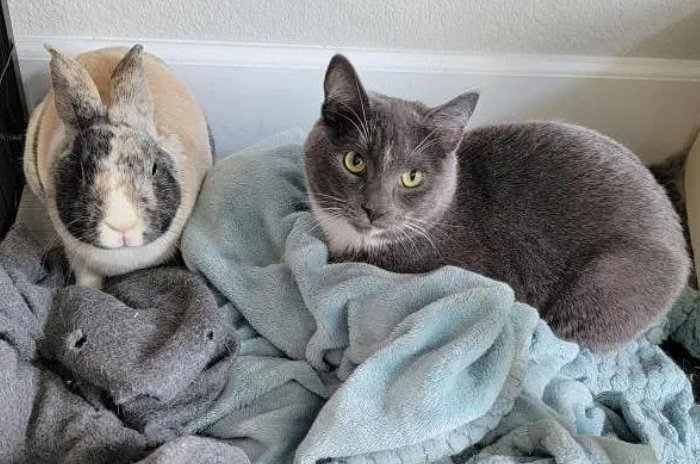 Earlier this week Echo had to stay at the vet’s office for the night and Ahsoka slept in his bed as if she was waiting for him to come back home.

It was clear that she missed him and was concerned. Now that he is back they snuggle much more.

Their owners Ryanne and Jake know exactly where to find her when she is missing from home. Despite their differences they became the sweetest friends ever.