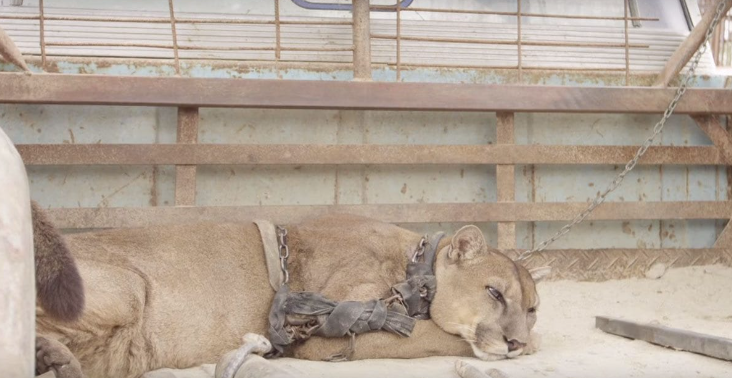 He was forced to perform for the circus for 20 years, and only after that was the mountain lion freed from his chains…

It’s actually illegal to keep wild animasl in circuses in Peru, but as always, many choose not to follow the law. Poor Mufasa was traveling in chains to the truck that was taking him to the circus. 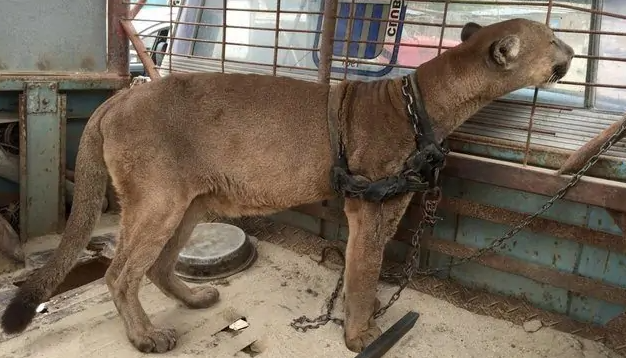 He lived that life for 20 years. Fortunately, Animal Defenders found out about it, whose mission was to save all animals from Peruvian circuses, where they were kept like prisoners and subjected to torture.

They managed to rescue Mufasa from there, after which the police were called and after some time the circus was closed. 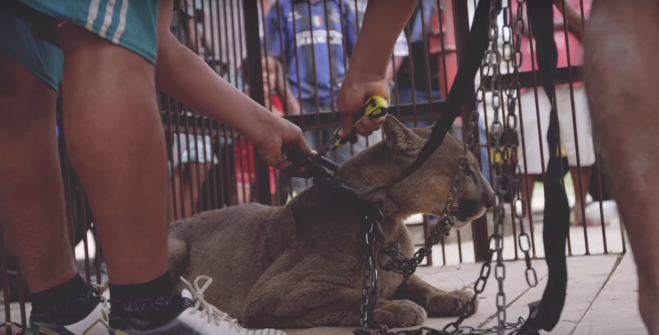 However, since the animal had lived in chains all its life, it could not return to the wild, so it was moved to a sanctuary in Peru where they also buolt an enclosure for it.

Unfortunately, a few months later the animal died. Such a life in the circus, including being chained harmed his health a lot. He was diagnosed with kidney failure and other age-related problems…