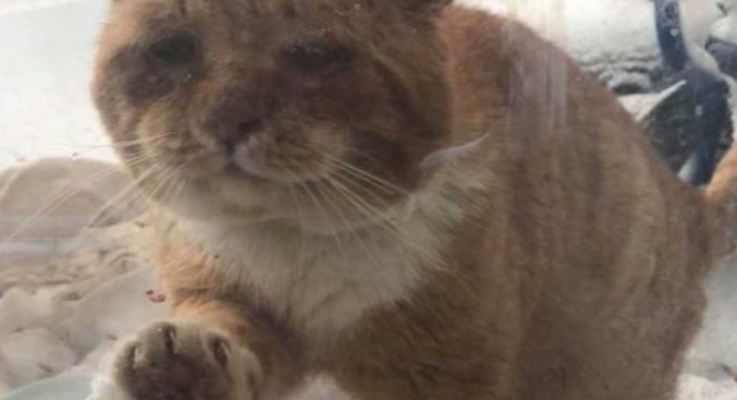 The sick cat managed to find the right way to be saved. What happened next was his lifelong dream…

It was a cold day. The cat approached a house and started knocking on the window. He seemed to be asking permission to enter.

When the owner of the house, Jael, heard the strange noise, she quickly looked outside and noticed a red cat trying its best to get her attention for help. 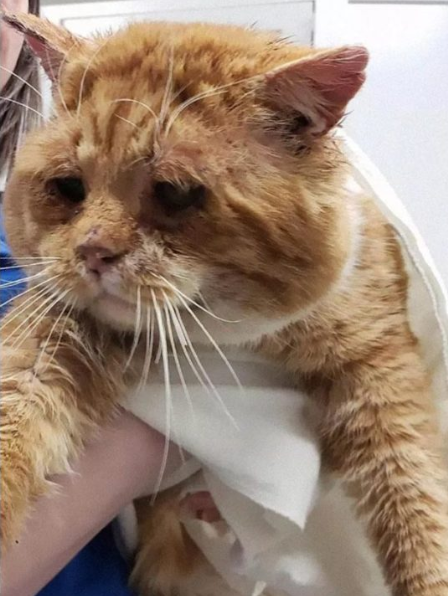 Obviously, he was in a very bad condition shivering all over his body.

Therefore, the woman could not remain indifferent and immediately contacted one of the workers of the shelter located near her house.

The cat was quickly taken to the clinic, and after that they did X-rays and blood tests. 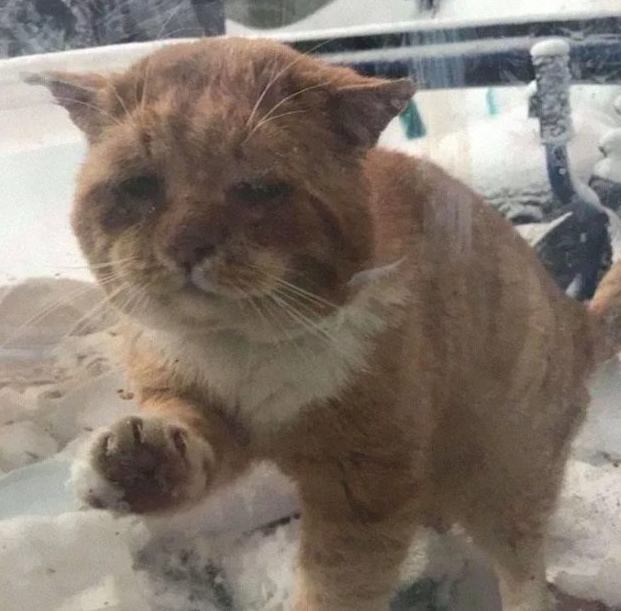 The poor cat had a number of problems. Especially he had problems with his teeth but that was not all.

He had blisters, diabetes and skin allergies. They thought he was lost, but he didn’t have a microchip.

The cat stayed there for a few days, after which they operated on him and began to treat. Fortunately, they managed to save the cat’s life in time, and after a few days its condition gradually improved. 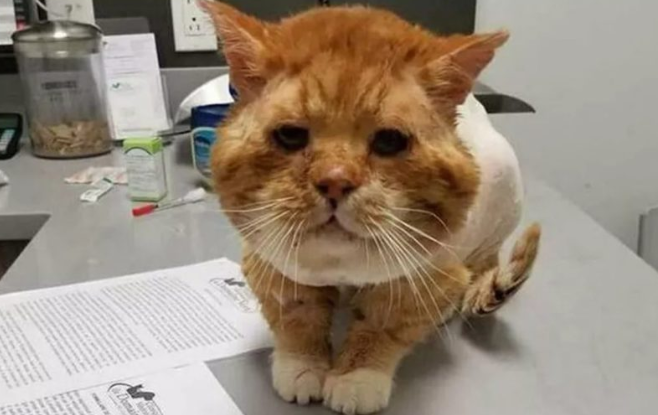 Therefore, noticing the progress, the shelter started to publish an announcement about the cat’s adoption.

But hours later they got great news . Jael, whom the cat had chosen to save his life, decided to take the sweet cat forever.

Now the cat will continue to follow the diet, but this will not prevent it from finally living a very happy and peaceful life.